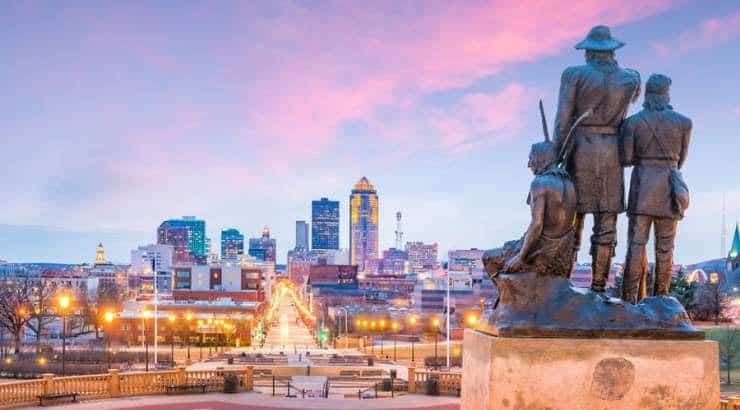 Given the relatively small percentage of black people living in Des Moines, the city might not be your first option when planning to settle with your family. But you’ll be surprised at how much the city has to offer.

It’s safe, has a sound education system, and boasts lots of social activities both kids and adults can enjoy, from culture festivals, bike contests, to visiting attractions like the Iowa State Fair. A U.S. News analysis evaluating the best places to live based on the job market and the quality of life ranked Des Moines as:

The city is pretty extensive, and if planning to settle down, it’s best to research the best neighborhoods. The next part of the article outlines the three best Des Moines neighborhoods for black families and young black professionals.

Des Moines city is known for the special know-your-neighbor feel that creates a sense of closeness and unity in the community helping new families settle and adjust fast. And if you’re worried about the social life here, you shouldn’t be.

With a relatively small population, Ingersoll is one urban neighborhood with a quiet and serene environment for you to bring up kids.

If you’re planning to move and buy property in Ingersoll, your best option will be single-family units, as they make up most of the real estate property in the town.

They are available in different styles of architecture, including neoclassical, bungalow, and prairies. Apartment complexes are also available for those planning to rent.

It also has several social amenities, including restaurants, art centers, city attractions, and parks like the famous Ashwood Park. Ingersoll is also one of the safest towns in Des Moines county, allowing residents to take night walks without fear.

With 58.4% of the population comprising married people, Waterbury makes a great place to move with your family. Housing is pricier than other neighborhoods (median home value of $245,600), but it’s mostly because it consists of old Victorian-style homes.

Waterbury is known for its high graduation rates, and national test scores ranked it better than the rest of the country.

With a population consisting of relatively older people (56 years), Salisbury Oaks is the perfect place for black families with teens or younger adults.

The neighborhood is pretty close to downtown Des Moines, has an exemplary school system and many social amenities, including a concert venue, library, art center, zoo, and museum.

The neighborhood takes on a historic style exuded by the quaint subdivisions and wooded streets. Salisbury Oaks is also safer than most towns in Iowa, but living is a little high.

Des Moines is an increasingly youthful city. Top finance, manufacturing, and insurance companies are based in this city, making it a go-to place for young, single graduates looking for employment.

Even with a population whose median age is 42, Beaverdale has many perks for young singles and professionals.

First, its convenient location (between Forest and Douglas Avenues) provides proximity to a range of local restaurants, parks, libraries, and malls (Merle Hay Mall and the Valley West Mall).

Secondly, Beaverdale provides access to the public transportation system and the Inter-Urban Bike Trail, which is handy for young lads commuting to work every day.

As for its social life, Beaverdale isn’t as eventful as other towns in Des Monies. However, you can participate in the town’s Fall Festival and the Christmastime on Wallace and Ashby Avenues.

Urbandale Avenue, Beaverdale, and Ashby Parks and the area near the downtown district are safer.

With a population that mainly comprises young people (median age of 26), East Village has become a quintessential neighborhood since it was saved from demolition in 2007.

Most old buildings have been transformed into apartments and high-rise buildings constructed to cater to the growing population.

Besides having an epic nightlife in Des Monies, the neighborhood has many social amenities (more than 90 stores, art galleries, jewelry shops, public libraries, and historic buildings).

And if you’re a fitness or biking fanatic, you’ll love the town’s numerous bike trails that help you navigate around the city. Its public transportation system is also accessible for young professionals commuting to work daily.

The neighborhood is also pretty safe compared to other Des Monies towns and Iowa, with statistics showing East Village is 58% safer. The only downside is the high cost of living which is 3% higher than Des Moines average.

Des Moines’ safety largely depends on the state’s safety ranking. A 2012 report showing U.S. states’ peacefulness indicates Iowa is relatively peaceful with an index of 1.78. Another report showing the crime rate in different states indicates that Iowa has a rate of 266.6 (per 100,000 residents) lower than the national rate.

It doesn’t mean that the city is free from violent crime, petty crime, or property crime. You are likely to experience some of these crimes depending on the neighborhood you are living in. Overall, Des Moines is in the 58th percentile for safety, meaning 42% of the metro areas are safer, and 58% are more dangerous.

What Is Des Moines’s Demographic?

Being the largest city in Iowa, Des Moines is the most populous city in the state. Stretching over a 91-mile radius, the city’s population density is 2,390 per square mile.

Luckily it has a balanced mix of races, with black people making up the minority. Only 6.2% of the residents are black, which is estimated at 210,723.

The Hispanic population has grown dramatically over the years, making up 6.61% while other races dominate the city:

A 2010 census showed that 75% of the population growth in the state was concentrated in just ten cities located in the central region.

However, other cities like Des Moines have experienced dramatic population growth due to the high economic growth occasioned by the insurance industry.

The sector provides 16% of the region’s jobs, with more than 50 businesses demanding skilled workers.

A report by the U.S. Chamber cited Des Moines is the best place to set up insurance companies due to the low cost of doing business and the availability of an educated workforce.

Des Moines is undoubtedly a great city to live in. Whether you’re planning to rent or buy a house in one of the neighborhoods, this article provides excellent insight. Keep in mind; this is just a brief overview of the city; you still need to research a lot more and, if in doubt, consult an expert.

Found this article helpful? Check out the rest of our website for more informative and entertaining content. 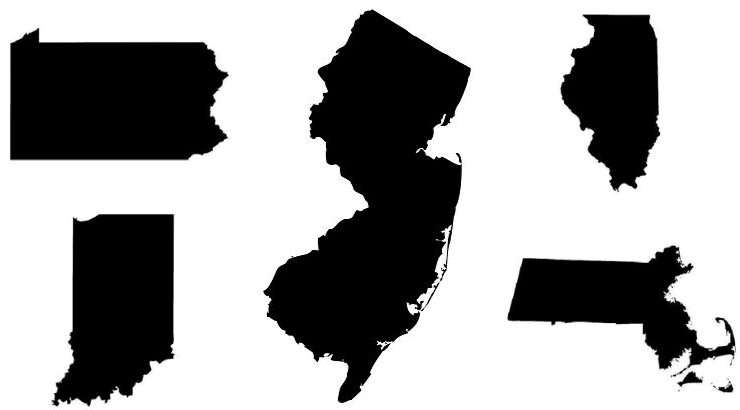 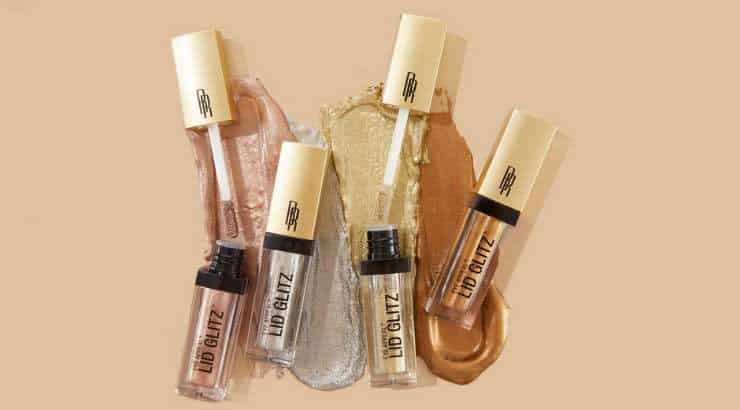 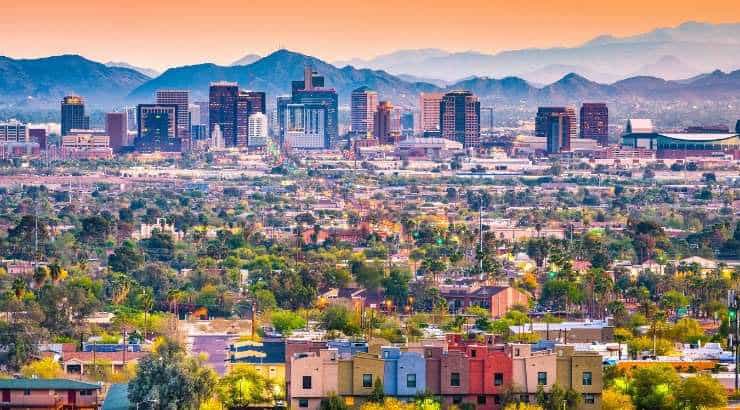 It might not seem like it compared to other major cities in the United States, but Phoenix is home to nearly two million residents. The city is spread out, surrounded by gorgeous mountain views, and is under new construction frequently to accommodate the influx of new residents each year. According to the U.S. News Report,… 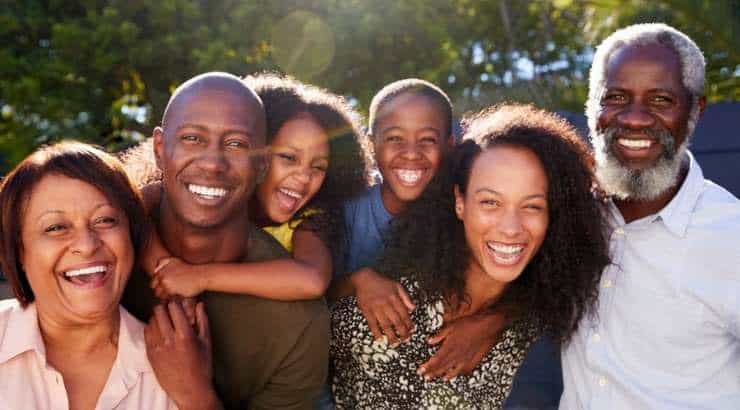 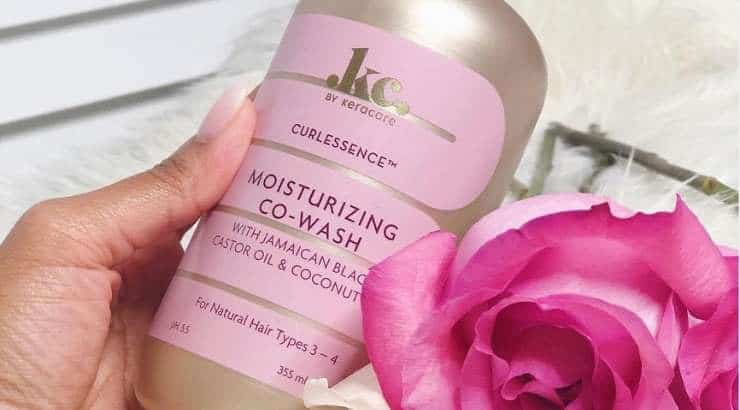