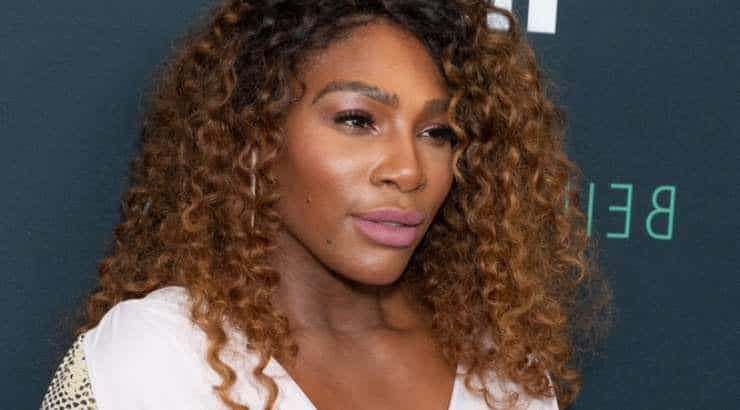 Oprah Winfrey endured a childhood of poverty and abuse before rising to fame as a daytime talk show host, becoming the richest Black woman in the world. Born in Mississippi in the 1950s, Winfrey also experienced the impacts of racism and segregation while growing up. It wasn’t until she began working in the media industry that her life began to change for the better.

Winfrey moved to Tennessee and got a job reporting for WLAC-TV. She was their first Black female news anchor as well as the youngest person to hold the position. In 1984, she took over as the host of the AM Chicago talk show on WLS-TV, which would later become The Oprah Winfrey Show. The extraordinarily successful talk show ran until 2011.

Winfrey has also worked as an author, producer, and actress. Her most famous acting role was in the 1985 film The Color Purple, which earned her an Academy Award nomination for Best Supporting Actress. Winfrey also has her own cable channel, the Oprah Winfrey Network (OWN). She owns seven properties in the United States and one in Antigua.

By the age of 35, Winfrey had become a millionaire. Her fortune rapidly increased, reaching a billion dollars in 2000 when she was 46 and making her the first Black female billionaire in the United States. Her net worth is currently estimated to be $2.6 billion.

Winfrey has donated over $400 million to charitable causes, including education, specifically for girls in Africa, disaster relief, and the preservation of African American culture.

Born in Barbados in 1988, Rihanna experienced a difficult childhood, living with her father, who was addicted to drugs and alcohol.

She was part of a girl group in Barbados, where producer Evan Rogers discovered her. At his invitation, she traveled to the United States and ended up auditioning for Jay-Z. In 2004, at the age of 16, she signed a record deal with Def Jam records.

In 2005, Rihanna’s debut album Music of the Sun was released, which featured her hit single Pon de Replay. In 2008, she won her first of eight Grammy Awards for the song Umbrella.

She has sold over 250 million albums and has collaborated with artists including Eminem, Calvin Harris, and Drake. She is the wealthiest female musician in the world and the second-richest Black woman in the world.

In addition to her music career, Rihanna is also an actress, fashion designer, and entrepreneur. In 2017, she launched a cosmetics company called Fenty Beauty.

The business focuses on creating products that also focus on women of color, and it earned an astonishing $100 million in its first two months. Fenty Beauty comprises the overwhelming majority of Rihanna’s wealth, estimated to total $1.7 billion.

She also started Savage X Fenty, a lingerie company, in 2018, which has also seen tremendous success. The business receives praise for featuring a diverse group of models who represent a range of sizes, ethnicities, and abilities.

Rihanna has contributed a portion of her wealth to various causes through her Clara Lionel Foundation. She has supported health care in Barbados and the United States, including HIV/AIDS, cancer, and children’s health. She has also donated funds to support education, disaster relief, and victims of domestic violence.

Born and raised in Nigeria, Folorunsho Alakija attended a secretarial school in the United Kingdom. She then worked as an executive secretary in her home country and spent over a decade in the banking industry. Finally, she decided to follow her dream and return to the UK to study fashion design.

Once back in Nigeria, she created a fashion label called Supreme Stitches which was later called The Rose of Sharon House of Fashion.

In the 1990s, Alakija got involved in the oil industry and eventually became the vice-chair of the Famfa Oil company in Nigeria. Much of her $1 billion in wealth results from this work, and she is the richest woman in Africa. She is also the vice-chair of the real estate company Dayspring Property Development and the printing company Digital Reality Print.

Alakija has written several books, many related to her Christian faith. She launched the Rose of Sharon Foundation in 2008, which provides scholarships to orphaned children and business grants to widows. She was named Chancellor of Osun State University in Nigeria, making her the first woman to hold that title at an African public university.

The second-richest woman in Africa, Haija Bola Shagaya, was born and raised in Nigeria. She attended university both in her home country and in the United States. She began her career working in the banking world and later got involved in the photography industry.

Today, Shagaya is the Chief Executive Officer of Bolmus Group International, a company with banking, oil and gas, photography, and real estate holdings. She is the managing director of Practoil Limited, an oil import and distribution company.

Shagaya has an estimated net worth of $959 million and owns several properties in Nigeria. She is a supporter of the arts, education, and sports and has served on the board of the Unity Bank for eight years.

She is also a member of the New Partnership for Africa’s Development group, which focuses on women’s empowerment, sustainable development, and poverty reduction.

Born in Pennsylvania, Sheila Johnson later moved to Illinois to attend university. In 1980, she co-founded the Black Entertainment Television (BET) cable channel with her then-husband.

In 2005, Johnson founded Salamander Hotels and Resorts. She is the CEO of this luxury hotel management company which has properties in Jamaica, Florida, South Carolina, and Virginia. Johnson is also managing partner of the Washington Mystics, a WBNA team, and has partial ownership of the NHL’s Washington Capitals and the NBA’s Washington Wizards.

She is a partner in the aircraft service company ProJet Aviation and Mistral, a bath and body product line. She has also produced four films and is the founder of the Middleburg Film Festival in Virginia.

Johnson acted as a global ambassador for the international humanitarian agency, CARE, from 2006 to 2009. Her net worth is estimated to be $750 million.

Chief Executive Officer and founder of ActOne Group, Janice Bryant Howroyd, is the first Black woman to start and own a billion-dollar company in the United States. She attended university in North Carolina, where she obtained an English degree, and later moved to Los Angeles. After working for Billboard magazine, she started her own company in 1978.

The ActOne Group is an international human resources company focused on personnel and recruiting services. The company operates in 19 countries and provides services to government agencies, companies, and organizations worldwide.

The company is the largest minority- and female-owned workforce management business in the United States. Howroyd has an estimated net worth of $620 million.

Howroyd is an established author and public speaker. She released her first book, The Art of Work, in 2009, followed by Acting Up in 2019. She has served as the ambassador for the Minorities in Energy Initiative through the US Department of Energy.

She is also a member of the Harvard Women’s Leadership Board. In 2022, Howroyd received a Black Enterprise Women of Power Legacy Award. She is an avid supporter of STEM educational opportunities for women and minorities.

Affectionately called Mama Ngina and considered the mother of the Kenyan nation, Ngina Kenyatta was born in central Kenya in 1933. In 1951, at the age of 18, she married Jomo Kenyatta. He would become the President of Kenya in 1963, making her the First Lady. They were married until his death in 1978.

Her son Uhuru Kenyatta is the current Kenyan President. Along with her family, Kenyatta has partial ownership in several companies, including Brookside Dairies, Commercial Bank of Africa, Heritage Hotels, and Mediamax. She also owns several properties in Kenya and controls a half-million acres of land. Her net worth is estimated to be $515 million.

Born in Texas in 1981, Beyonce is the second-richest Black female singer in the world, with an estimated net worth of $500 million. In 1990, Beyonce began singing in a group called Girl’s Tyme, which would go through membership changes and eventually become known as Destiny’s Child in 1996. She was the lead singer of Destiny’s Child until they split in 2006. Their hit songs included Say My Name and Survivor, and their music featured on the soundtrack for the 2000 film Charlie’s Angels.

Beyonce released her debut album Dangerously in Love as a solo artist in 2003. She has since released an additional five studio albums, has sold over 120 million albums worldwide, and is known as “the Queen Bey.”

In 2010, she founded her company Parkwood Entertainment. Beyonce’s top songs include Crazy in Love, Single Ladies, If I Were a Boy, and Halo.

She was named Billboard’s top female artist of the decade for the 2000s and was the highest-earning Black musician of all time in 2014.

She has won 31 BET Awards, 24 NAACP Image awards, and 28 Grammy Awards. Beyonce was named the most powerful woman in music in 2020 by the BBC and was inducted into the Black Music and Entertainment Walk of Fame in 2021.

Beyonce made her acting debut in 2006, starring in The Pink Panther. She also featured in Dreamgirls, Cadillac Records, and The Lion King as the voice of Nala.

She has spoken out against police brutality and actively supported the Black Lives Matter movement. Beyonce has contributed to youth education, mental health, drug and alcohol rehabilitation, and disaster relief efforts.

Born in Michigan in 1981, Serena Williams began playing tennis at the age of four, along with her older sister, Venus. She turned pro in 1995 when she was just 14 years old and won her first Grand Slam singles tournament in 1999. She defeated Swiss tennis player Martina Hingis to win the US Open.

Many have named her the greatest female tennis player of all time. She is the all-time highest-earning female athlete in the world and has an estimated net worth of $220 million.

In 2015, she became the first female Black athlete to appear individually on the cover of Vogue magazine. She has had endorsement deals with several companies, including Nike, Pepsi, Gatorade, Aston Martin, Intel, and IBM. Along with her sister, Venus, they became the first Black women to own part of an NFL franchise, with partial ownership of the Miami Dolphins.

As an actress, Williams has appeared in episodes of The Simpsons, Law & Order, ER, and America’s Next Top Model. She is an outspoken advocate for the Black Lives Matter movement and gender equality and has served as the International Goodwill Ambassador for UNICEF. 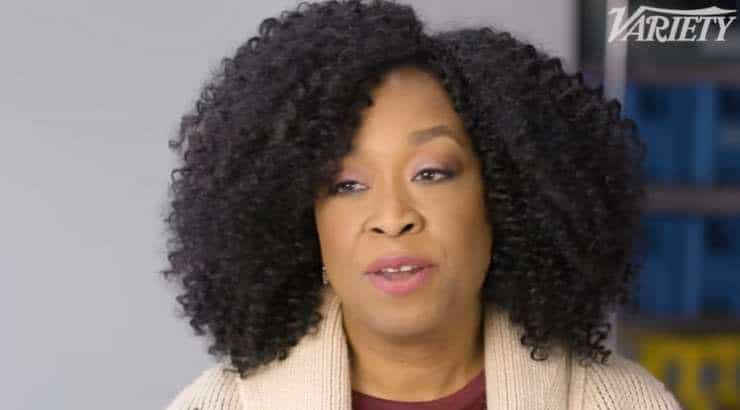 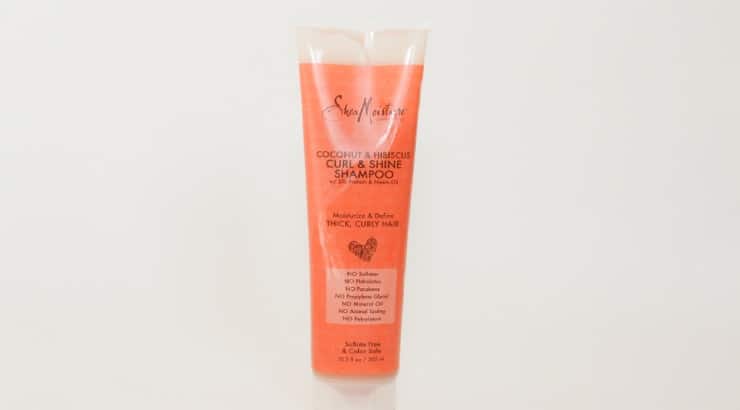 When it comes to black haircare, there is no company doing what Shea Moisture does. And knowing Shea Moisture’s history makes it that much more remarkable. This unique brand has become so popularly for good reason. Many often wonder, however, is Shea Moisture black owned? Which is why in this article, we answer this and… 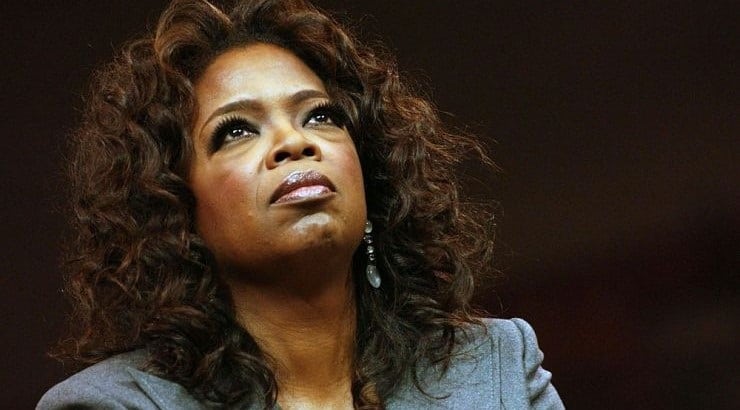 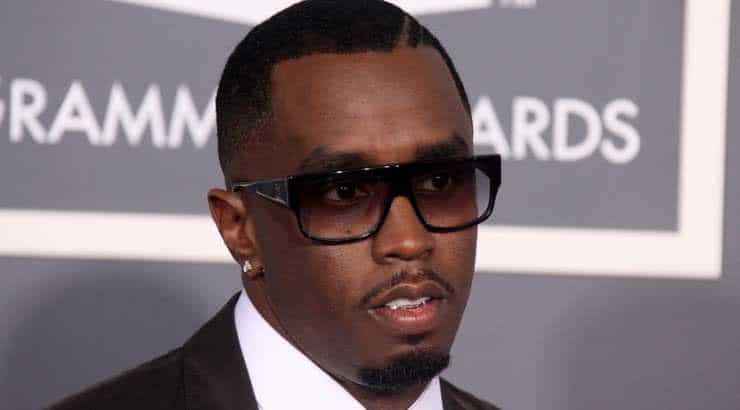 Black entrepreneurship predates the Civil War, and there are some incredible black entrepreneurs out there today. I’ll cover some of the most influential and well-known black male businessmen to date in this list. This list includes current and previous black men who established their own businesses, brands, and even markets. Read on to learn more… 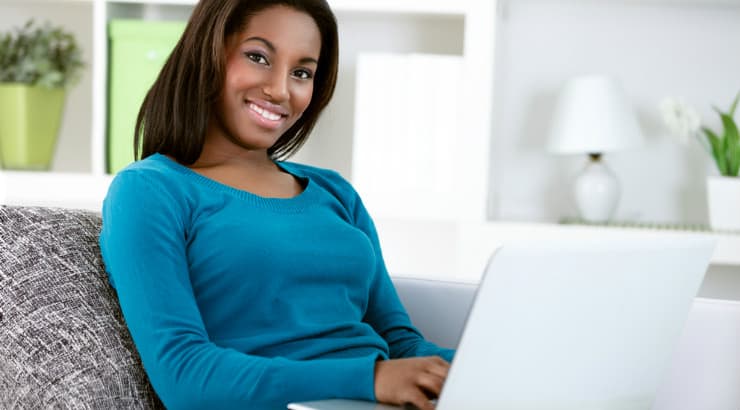 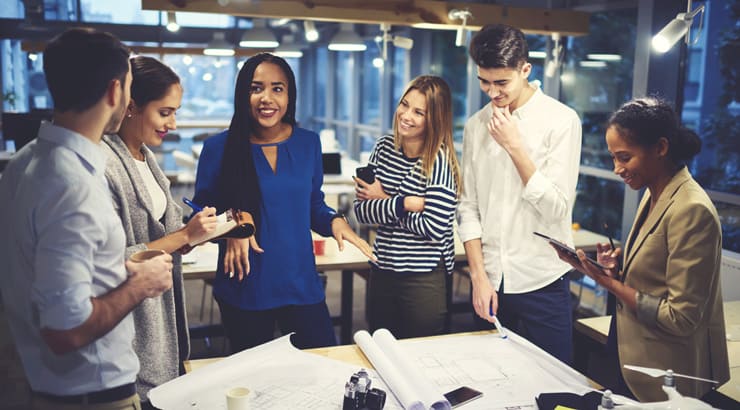 The workplace is an environment that comes with a variety of different situations that are vastly different from what one encounters in regular society. There are nuances that come with dealing with co-workers, bosses, clients, and even friends and family that can make keeping a zen work environment seem nearly impossible. This problem is multiplied…