Today we’re going to look at some of the world’s most talented black female artists!

There are quite a few of them and their work is powerful.

There are painters and photographers.

You’ll find those who make sculptures and quilted art.

There are black female artists who even write and animate.

The fact of that matter is that black female artists exist, and we need to start paying attention to them.

Check out our list of black female art makers who redefine art.

After completing high school, she would go on to be a Howard Bison and went further to pursue a master’s degree after her undergraduate degree in Fine Arts.

With her art background, she doesn’t do the normal drawing and painting art that you’re probably used to.

Different from most black artists out there, her medium comes in the form of quilted portraits.

Bisa herself says that “I have always been drawn to portraits…I often start my pieces with a black and white photo and allow myself to tell the story.”

With fabric as her medium, she describes her stories as being told through the fabrics, textures, and colors she chooses, combines, and creates.

While she currently works as a teacher, her art continues to speak for itself.

With pieces that have been on display at the Epcot Center and the Smithsonian Museum of American History, this artist even has a show coming up at the Katonah Museum of art in 2020 from March to June.

Many artists tend to choose one medium, and there are few who can master numerous ones.

Lorna Simpson is one of the few.

While she is more well-known for her black-and-white pictures, the artist also dabbles in paintings, sculptures, drawings, and more.

Hailing from New York City, she first took her talents to the School of Visual Arts, New York City for her Bachelor’s in Fine Arts before heading across the country to San Diego for her master’s.

It was at this time in the ‘80s where she rose to prominence.

It was the vision behind her photography that also led to many awards within her career – the first of which being a 1985 art fellowship in Washington, DC.

Her art has been featured in numerous museums across the world including The Whitney Museum of American Art and the highly favored Museum of Modern Art located in NYC.

Never staying too far from home, Lorna currently lives in Brooklyn and continues to add more awards to her resume, her most recent being the J. Paul Getty Award which she won in 2019.

The Northeast black artists are clearly holding it down on this list.

Lorraine O’Grady is a black female who hails from Boston.

At the “fine as wine” age of 85, she’s had quite the illustrious career.

Growing up in Massachusetts led to her receiving her undergraduate degree from Wellesley College with a degree in economics and a minor in Spanish literature.

In her youth, Lorraine started with conceptual art.

She would choreograph performances and have appearances where she would create a demonstration against segregation in the art niche.

Eventually, she would move on to photo and video installations of her work.

When you think of the word “feminist,” you can think of Lorraine O’Grady.

Her work focused on black female subjectivity and she was never afraid to make a statement – no matter how uncomfortable others might’ve been with it.

Forever ingrained in art history, you can find her work in museums across the country from the Art Institute of Chicago to the Museum of Modern Art.

Kara Walker Is Another Black Woman Who Creates Art

We’re bringing it over to the West Coast for our next black female artist.

Kara Walker was born in Stockton, CA, and she’s another jack-of-all trades.

Working as a painter, film-maker, and silhouettist, her work focuses on race, gender, sexuality, and where the three meet.

While she might hail from the West Coast, she explored her educational and professional life on the alternative coast.

Creativity is in her blood and began with her father who worked as a painter.

In her youth, her family moved to Atlanta where she would stay until after she graduated with her BFA from Atlanta College of Art.

She would then travel up the coast to pursue her MFA from the Rhode Island School of Design.

While she is well-known for the silhouettes and sculptures she makes, she has a number of moving films and installations.

With her work that can be seen at numerous museums, at the height of her artistic career, she was named as Time Magazine’s 100 Most Influential People in The World for Artists & Entertainers.

Hailing from the “city of Brotherly Love,” Howardena Pindell focused on her sisters when it came to art.

Known for her paintings, she would also create collages and video art as well.

After graduating from high school, she went on to Boston University to get her degree in Fine Arts.

Later she would graduate from the Yale School of Art and Architecture with a degree in Fine Arts as well.

Once she had her two degrees, Howardena began working at New York’s popular Museum of Modern Art.

It was then that she started making waves in her artwork as well as paving a lane for women artists like herself.

Along with a number of other women, she co-founded the A.I.R. Gallery, the first gallery for women artists in the country.

Howardena’s work focuses in the abstract with heavy influences of destruction and reconstruction.

She has had numerous exhibitions throughout her 48 year career which began with her first showing at Spelman College.

She continues to have permanent collections at numerous museums around the country from the Metropolitan Museum of Art and Museum of Modern Art in New York to the National Gallery of Art in Washington, D.C.

If you need someone to motivate you into trying your hand at art, Faith Ringgold is not only talented but inspirational.

With a mission like “If one can, anyone can – all you gotta do is try,” what’s to stop you from putting paint or graphite to paper?

Hailing from New York City, or Harlem to be exact, Faith Ringgold is another artist on this list who specializes in quilted art.

After growing up through the hard years of the Great Depression, Ringgold went and got her degree from City College of New York.

Upon graduating is when she’s start dabbling in her own creativity.

She began painting on themes like racism and this soon cultivated to narrowing down on topics like the Civil Rights and Women’s movements.

While she started with painting, she would later grow into creating art with fabric.

She has spent most of her career as an educator, but Faith can also be considered an activist.

Through her art and her work as a speaker, she has never shied away from speaking her mind.

This doesn’t even cover the numerous awards and Honorary Doctorates she has received.

To give us a bit of artistic diversity, we have Joyce J. Scott.

We have our painters and our photographers.

We even have more than one artist who works in quilted art.

While Joyce J. Scott also sculpts and creates quilts, she is well-known for her bead work.

Born in Baltimore, she would go on to the Maryland Institute College of Art.

She would then spend two years in Mexico to receive a Masters of Fine Arts from the Instituto Allende.

Similar to Kara Walker, Scott’s mom was a quilt maker and helped her daughter cultivate her craft.

As she developed the “voice” of her work, she used many different influences and themes to create her most memorable pieces.

In addition to working with beads, she would also create many of her pieces with jewelry and glass.

Because of her amazing work, you can find her collections all over the country in places like the Spencer Museum of Art and the Smithsonian American Art Museum.

We’ve been bringing you all around the United States, but it’s time to get international!

Phoebe Boswell has lived in numerous places starting with her birth in Nairobi, Kenya.

Her family would later move to Oman before settling in Bahrain.

It was when she decided to study at the Central St. Martins, University of Arts London that she became a proud Londoner.

Her schooling continued at the Slade School of Art at the University of London.

Describing herself as a visual artist, her works are extremely vivid with massive amounts of detail.

She uses her art to show the true human form – something most people don’t see.

While the list of her artwork is long, she’s also dabbled in film – writing, directing, and even animating numerous works.

Keeping up with our international trend, last on this list, we have Linett Kamala.

Growing up in London, she began her creative life as a young girl.

For Linett, it all started with a mural on the side of a building.

Recognizing her love of art, she attended the University of Arts London.

Much of her work focuses on black and white paintings and sculptures.

Very modern in her approach, she takes a lot of inspiration from graffiti, calligraphy, and abstract expressionism.

While she is most certainly a creative, she is also an educator.

She has spent most of her artistic career also working to help school systems provide excellence for their students and staff.

Even with this, she continues to consult schools and institutions while also running her own programs for teachers.

You should’ve already known that.

What you should take from this is that black women are also creative.

Faith Ringgold and Joyce J. Scott have made waves with quilted art.

Every single female on this list has had an amazing career filled with meaningful art, and through their amazing work and variety of mediums, they have truly redefined art. 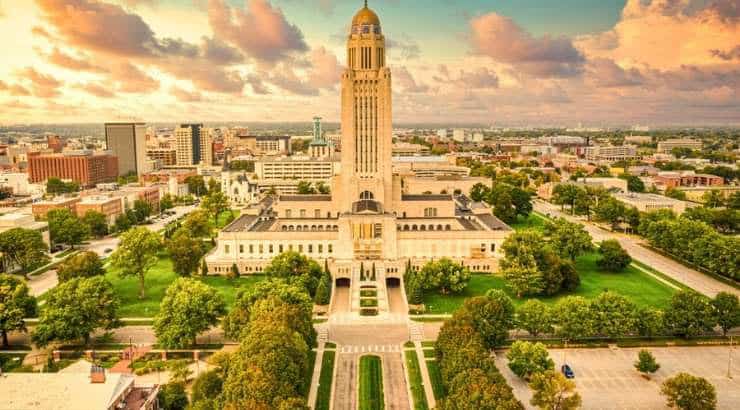