Concord’s five main neighborhoods are split between the north and central parts of the city. In north Concord, you’ll find three of the best suburbs for raising a family, complete with beautiful forests, tons of space, and a relaxed atmosphere.

If you’re looking for a calm and quiet neighborhood with plenty of space to raise a family in, you might consider East Concord. This neighborhood is filled with lush forests and several large ponds, so you can be close to nature while still enjoying a short commute to work.

In East Concord, you’ll have fewer neighbors than you would in any other part of the city, which is perfect for families who value privacy and space.

There are numerous family-friendly hiking trails in the area and a few ponds with water access to enjoy during the hot summer months.

This neighborhood is close to the Beaver Meadow Public School for students in pre-Kindergarten to Grade 5.

For parents, East Concord has quick access to I-93, which goes straight into Downtown Concord.

East Concord has the highest Black population in the city at 8.7%. It’s the most spacious neighborhood in the city, with only 211 people per square mile.

The Contoocook River snakes through the Riverhill neighborhood of Concord in the northwest part of the city.

Riverhill has more housing developments than its East Concord counterpart and has about 429 people per square mile.

This neighborhood has many affordable housing options interspersed with larger, more competitive properties.

Like East Concord, young Riverhill students usually attend the Beaver Meadow Public school, which is a short drive or bus ride away.

On the weekends, you and your family can enjoy access to the Mast Head State Forest. The State Forest has several picnic areas, hiking trails, and even a riverwalk.

The Black population in Riverhill makes up about 7.1% of the neighborhood’s total population.

West Concord is located between the Riverhill and East Concord neighborhoods, which are all northwest of Concord’s downtown area.

Unlike East Concord and Riverhill, West Concord is more densely populated, with around 602 people per square mile.

The Black population in West Concord is around 6.1%. West Concord will feel more suburban than Riverhill or East Concord since a lot of the housing development in the area centers around Fisherville Road.

West Concord might work best for you if you enjoy being a little closer to the grocery store and school.

If you’re single or a young professional hoping to live in a more urbanized part of the city, the two best suburbs to consider are Concord Heights and Downtown. These neighborhoods are side-by-side, separated only by the Merrimack River.

Concord Heights is the perfect blend of city and small town for singles and young professionals who want a faster-paced lifestyle without living right downtown. This neighborhood is located just across the river from the downtown district.

Concord Heights has a central road lined with stores and restaurants. The neighborhood also hosts the city’s mall and municipal airport, so you’ll have fast access to anything you could need.

For adventurous singles and young professionals, this suburb has a skatepark and ice arena. A five-minute drive north of Concord Heights will take you to the Merrimack River Outdoor Education and Conservation Area that has several scenic hiking trails, canoeing, and picnic areas.

Although the Downtown neighborhood of Concord has a smaller Black population, this area has the best access to stores, restaurants, nightlife, parks, and more. This suburb is also a fraction of the size of Concord’s other neighborhoods, which accounts for a large part of the population disparity.

If you take comfort in proximity to the conveniences of a big city, you’ll likely feel most at home in the downtown area. Although Concord isn’t a big city by any means (it has a population of 40,000!), the city’s busy Main Street and its tributaries certainly give it the feel of one.

Are you interested in learning to rock climb? Downtown even has a climbing gym, so you can learn the ropes of sports climbing (pun intended) before trying it outdoors! There are plenty of bars and restaurants to keep you busy on the weekends.

According to the 2012 United States Peace Index, New Hampshire is the third most peaceful state in the United States.

New Hampshire has the second-lowest reported violent crime rate in the United States, according to a 2019 study on violent crime.

Although many state capitals tend to have high crime rates, Concord is known for being a safe city to live and work in.

Of course, crime happens everywhere, no matter how low the crime rate is. But you’re less likely to encounter violent crime in Concord than in other big cities across the US.

What Is Concord’s Demographic?

It’s safe to assume that, before you move to a new city, you want to know more about the people who live there, right?

49.7% of the city’s population is female, so there isn’t a major disparity between males and females.

Although Concord isn’t as big as some state capitals, its rich history and beautiful forests make it a charming place to call home. The city has tons of options when it comes to finding a neighborhood that suits a black family’s lifestyle and budget, each with its own personality and promises of adventure. 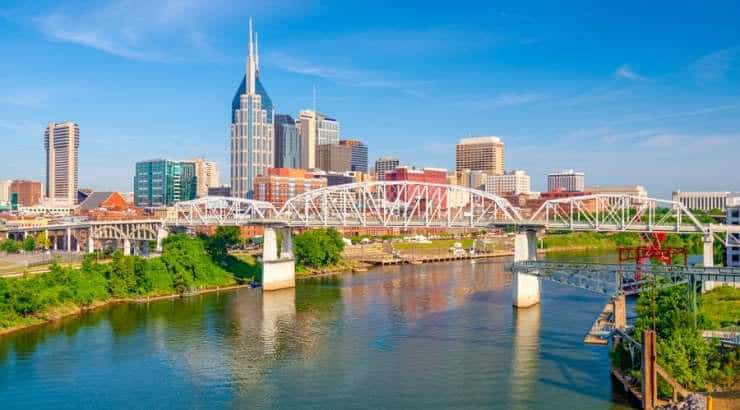