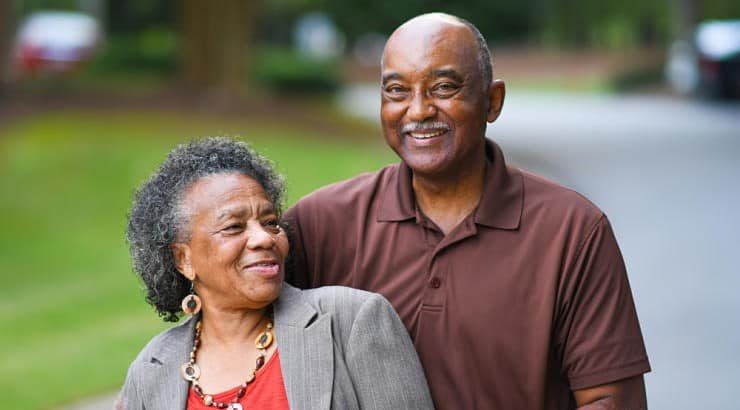 While you might be hustling and working hard now, there will come a time when you’re going to retire.

And while you might love where you live now, you might be looking for a change of pace when that time comes.

Setting on a city to retire can be a tough decision.

There are different factors to consider including location, finances, and more.

From the “retirement capital of the United States,” Florida to Washington, here are the 18 best retirement cities for African Americans.

There are a number of reasons why you could consider retiring in Dunham, North Carolina.

They vary from atmosphere to affordability to the accessibility of getting around.

While Durham is the home of Duke, it is more than a college town.

It attracts people of all ages with 25% of their population being over 50 years old.

They offer tons of activities throughout the neighborhood, plus it is a bonus that the average housing cost is $182,000.

This city is also boosted by the fact that it is very easy to get around without a car and their cultural scene is excellent with the offerings of the Durham Performing Arts Center.

The city is also very diverse with their racial composition being 42.45% White and 40.96% Black.

You don’t have to be a fan of country music to live in Nashville, but if you are, even better!

Nashville is a great place for Black retirees to settle.

Approximately 27.6% of the population is Black with an overall population of about 700,000.

One great thing to note is that if you decided you wanted to do a little more work on the side, you wouldn’t be charged income tax!

While they collect on stocks and bonds, if your retirement needed a little more funding, you wouldn’t have to worry about income tax in Nashville.

To start off, almost ⅕ of Minneapolis’s population is Black.

With a total population of around 382K, I would say that is a great place to start.

There are other things that make Minneapolis ideal for Black retirees.

Most people think that all retirees just want a quiet life.

Actually, many of them just want to enjoy their lives now that they have probably spent 40+ years working.

The neighborhoods are quiet, but one can still find ways to pass the time.

Minneapolis offers tons of arts and culture with a bustling downtown area.

Two of their hospitals are ranked amongst the best in the country.

Lastly, if you want to stay active, Minneapolis is also one of the best cities for biking as well.

When compared to some of the other cities on this list, the Black population of Madison is significantly lower at 7.3%, but it has great qualities for retirees.

Madison offers open space, culture through their museums and concert hall, and an abundance of restaurants.

Residents of Madison enjoy a low cost of living, a combination of both small town and big city living, and the sustainability of being one of the “greenest” cities in the country.

It makes sense because who really imagines themselves shoveling in their old age?

That is not the only thing Austin, Texas, has to offer to Black retirees.

Austin, Texas is a mix of a bustling economy, great food, a popular art scene, and the great outdoors.

That is higher than some other cities on this list, but still below the average.

You would find New York often listed as one of the worst states for retirement, but the city of Ithaca has much to offer.

While its population 45 and older is about 17%, its Black population is on the lower side with about 7% of its residents being Black.

The home of Cornell University, if you love landscaping and nature, Ithaca is the place to be.

The city is known for its parks and waterfalls.

It also offers tons of seasonal festivals that residents always enjoy partaking in.

Best Retirement Cities voted Roswell, Georgia the best retirement community in Georgia, and here’s why you should take note.

As of the latest census, Roswell’s population is almost 12% Black with 32.2% of their population being 45 and older.

Roswell has slightly higher housing prices with a higher median income among seniors.

In addition, the coldest weather you will be dealing with is in the high 20s (Fahrenheit), so you won’t have to worry about extremely harsh winters.

If you are considering retiring in Virginia, here is why you should consider Charlottesville, Virginia.

Their population is almost ⅕ Black.

The city is also home to the University of Virginia, Charlottesville, so you can definitely sign up for courses if that is what you’re looking for in your retirement.

While the city is quieter than some, life is still bustling and retirees can enjoy it through the city’s fine restaurants, shops, and vineyards.

With a population of just over 116,000, Ann Arbor is another great city to consider for retirement.

One, a quarter of their population is over 50.

Two, their median home price is around $182K.

Unfortunately, one thing about getting older is an increase in doctor’s visits, and the city has one of the best doctor-to-patient ratios in the country.

Plus, if you are feeling a little stir crazy and maybe want to sign up for a few mini courses, the University of Michigan actually offers tons of options for the over-50 population.

When people talk about Washington, you normally hear about Seattle, but today, we are talking about Kent, Washington.

Another great place for Black retirees, Kent has Black population of over 11%.

With around 120,000 residents, Kent is often described as being an urban/suburban mix.

Niche rates the city as an A+ for outdoor activities and diversity and a B for weather.

While the racial demographic of Lexington, Kentucky, is lower than some at 14.5%, it is still a great place to live during retirement.

With 29% of its population over 50, Lexington will offer both city and country living.

Plus, the major interstates I-75 and I-64 offer can lead you to a ton of other major cities.

If you have family in neighboring states, but still want a more rural city to retire in, Lexington is less than three hours driving to cities like Louisville, Kentucky; Cincinnati, Ohio; Nashville, Tennessee; and Indianapolis, Indiana.

With significantly less Black people than its counterpart of Nashville, Johnson City has a Black population of 6.4%.

While this is definitely low compared to the other cities on this list, it still has much to offer.

Johnson City’s population definitely leans older with 38.4% of its residents being 45 and older.

Overall when it comes to weather, housing, and cost of living, Johnson City holds up pretty well.

Indianapolis is one of the most populous cities in the country with around 820,000 residents.

It is also one of the more diverse cities on this list as well.

The city’s Black population is 28% with slightly more than 13% of its population being over 65.

Indianapolis, as a whole, is a great blend of art, education, and culture.

Plus, whether you are looking to rent or have the means to buy a new home outright, both the mortgage and rent amounts average around $700.

While the Black population of Asheville (17.61%) sits above the national percentage, it is still relatively low compared to others on our list.

This city is ideal for Black retirees for a few reasons.

One, the temperate climate will help keep you comfortable for most of the year.

You can still enjoy the seasons without it getting too cold or too hot.

There are also tons of culture in Asheville, especially with their 30 art galleries and the numerous art and music festivals that take place throughout the year.

If you love the beach, your retirement might be calling you to Virginia Beach.

The beach city has a population of close to 450K.

Virginia Beach is another city that is pretty well-rounded when it comes to housing, cost of living, outdoor activities, and weather.

While you definitely won’t have to worry about frigid winters, be mindful of storms that often like to come into beach cities.

Florida is known as the retirement capital of the United States, so you know that no list would be complete without a Florida entry.

Comparing well to most of the entries on this list, Gainesville has a Black population of 22% with a population of approximately 133,000 residents.

Home to the University of Florida, it is a college town that still has a lot to offer in the form of state parks, walking trails, easy transportation, and tons of shopping, dining, and entertainment options.

If you are ready to retire but still want a city where you can enjoy yourself, Gainesville is the place to do it.

If you want to live in the “city of roses,” Portland is the place for you.

Another college town, Portland is home to the University of Portland and Portland State University.

With a bustling restaurant scene, you might be tempted to spend your retirement familiarizing yourself with the dining options.

Plus, Portland has a number of green initiatives which allows for their thousands of acres of public parks across the city.

The cost of living is definitely higher than most, but if you have managed to save a comfortable nest egg, you might trade in a lower cost of living for tons of experience options in the city.

The Black population of Portland is lower than I’d like at 6.3%, but shockingly enough, this is three times the entire state average with ⅔ of the state’s Black population living in Portland.

Last, but not least, on our list, we have Columbia, Missouri, home to the University of Missouri.

There are a ton of things you would find in Columbia.

First, you would find an 11.3% Black population with a 27.1% population of its residents being over the age of 45.

Columbia is also known for its beautiful parks, amazing food, and entertainment options.

Not to mention, the city is known for having a great healthcare system, so you can spend your retirement with peace of mind about your health.

Now, this won’t come as a surprise to you, but Florida is at the top of the list for the best states to retire.

Florida is the state with the highest population of people 65 and older, and this is twice as big as Alaska, the state who falls lowest in this category.

The top ten states that are the best to retire are scattered all over the country, but you won’t find them in the Northeast.

I think most know the high cost of living in the Northeast, and it is not that sustainable, especially once you are not working.

You will find the best states to retire in the South, Midwest, and West.

We gave you a little taste of what to expect in the last section with which states might be the worst to retire in.

It’s no surprise that many of the states on this list are in the north east.

While Rhode Island is dead last, Washington, D.C. comes next.

The worst states to retire get slowly better as the list is rounded out with Hawaii, Connecticut, Vermont, New Jersey, West Virginia, New York, Alaska, and Maryland.

If you are getting ready to retire, we wish you luck!

While most young people think retirement just means you do not have to work anymore, there’s a lot more that goes into it.

So the process should be made to be as easy as possible.

And if you are not yet at the point where you are retiring, you could also be looking for a place to relocate you and your family.

If you are, be sure to check out our post on the 10 best cities in America for Black families. 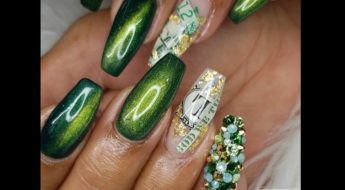 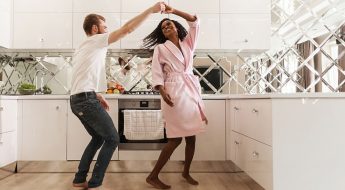 Do Black Girls Like White Guys? The Truth Revealed! 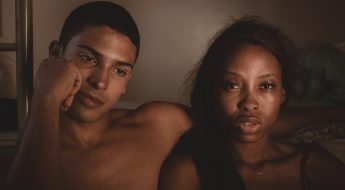