This name hails and is most popular in Nigeria.

Even the first President of Nigeria had this last name – Nnamdi Azikiwe.

The name is said to mean “with good kindred background, the room for anger and dissension is marginal.”

Awolowo is the second most common African last name and it’s another name that hails for Nigeria.

The name is attributed to another Nigerian politician, Obafemi Awolowo.

While Bello is the third most common last name among Africans, the name is actually of French and Spanish descent.

The word means beautiful or handsome.

Let’s just say that so far Nigeria is dominating this list.

While this name is most prevalent in Nigeria, the highest density of this last name can be found on the island country of Trinidad and Tobago.

Following the pattern, this last name is that of a former Nigerian politician, Abubakar Tafawa Balewa, the country’s first prime minister.

Akintola is another popular last name among Africans that is both the most prevalent and has the highest density in Nigeria.

A known Nigerian with the last name was Samuel Akintola.

He founded the University of Ife which was later renamed to the Obafemi Awolowo University.

This is another last name that is highly prevalent in Nigeria.

It seems that many of these last names are popular among Nigerian officials.

Another person that could be attributed with this last name is Festus Okotie-Eboh, a Nigerian politician and the Minister of Finance during Abubakar Tafawa Balewa’s administration.

Come on down, Nigeria!

Nzeogwu is the 7th most common last name among African and once again this last name hails from Nigeria.

Chukwuma Kaduna Nzeogwu is another person in African history who had this name.

He served as a military officer during the 1966 coup.

While this is the 8th most common African last name, there isn’t as much information on it as you’d think.

Not only is the meaning of the name a mystery, but it’s nearly impossible to find someone in African history with the last name.

Another last name with roots in Nigeria, the name means “born on Afor.”

Apparently, Afor is one of the days of the Igbo week.

While this is the 9th most common African name on the list, if you like professional sports, you’re probably familiar with this last name.

From the NBA to NFL, there are athletes with this last name including Jahlil Okafor, Emeka Okafor, and Alex Okafor.

Another name most prevalent in Nigeria, this name can most famously be attributed to Bobby Okereke, a football player in the NFL for the Indianapolis Colts.

The next most common African names are as follows:

In case you missed them, check out the popular African American & Caribbean last names.

After looking at these lists, there are a few things that we can take from this.

One, the most common last names are pretty obvious, especially among African-Americans and Caribbean people.

You’ll always run into a Smith or a Johnson. When it comes to African last names, there’s one thing that’s for certain – many of these last names come from Nigeria.

Drop a comment below if your name ranks in the top 40.

If not, comment to let us know how common you think your last name is!

So that’s the surenames, but what about first names?

Let’s look at some popular girl and boy names. 🙂 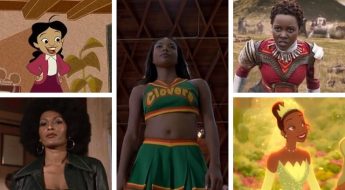 31 Top Halloween Costumes For Black Women, Creative Ideas For The Best Event Ever! 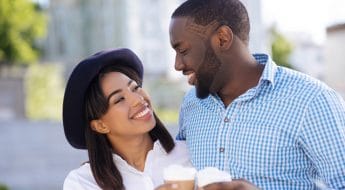 What Does Going Dutch Mean On A Date Or In A Relationship, And Should You Do It? 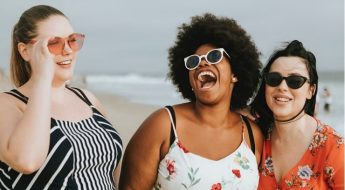