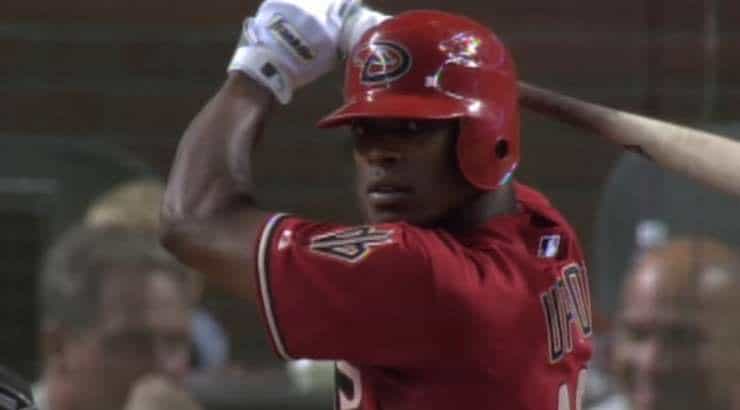 Are you an avid baseball fan, catching every game and perhaps even playing yourself? Then you’ve come to the right place! We’ll cover numerous African American baseball players, both past and present, who made an indelible mark on this sport.

Keep reading to see if you know these black baseball players and learn more about their amazing accomplishments.

Mookie Betts plays right fielder for the Los Angeles Dodgers. He debuted for the team in June 2014 at only 21 years of age after being drafted by the Boston Red Sox. Betts signed a contract until 2032, so we’ll see more of his talent on the field for many years to come. Betts earned the 2018 Major League Player of the Year Award.

Byron Buxton plays center fielder for the Minnesota Twins. He debuted in 2015 after graduating from Appling County High School. Buxton sports the nickname Buck and won Player of the Month in 2021.

Another right fielder, Giancarlo Stanton plays for the New York Yankees. Standing at 6-foot, 6-inches, Stanton is a giant on the field, earning the nickname Bigfoot. He started playing in 2010 and is originally from California. He earned MVP rank in 2017, with three home run derbies.

Andrew McCutchen plays for the Milwaukee Brewers, but originally, the Pittsburgh Pirates drafted him in 2005. Also known as Uncle Larry or Zoom, McCutchen earned first place in the top ten rankings for hitting 280 home runs in 2012.

Marcus Stroman is the pitcher for the Chicago Cubs. He graduated from Duke University and started his baseball career in 2014, pitching in over 1,000 innings. He assisted his teammates multiple times to earn rankings in two years and four seasons in the top ten.

Michael Brantley is the left fielder for the Houston Astros. After graduating from Fort Pierce Central High School, Brantley debuted in 2009 and earned the nickname Dr. Smooth. He’s the son of Mickey Brantley, the former outfielder of the Seattle Mariners.

Jackie Bradley Jr. debuted in 2013 as the center fielder for the Boston Red Sox after attending the University of South Carolina. He earned all-star status in 2016 with multiple assists and putouts. Subsequently, he ranked in the top ten for various seasons. Bradley won the Player of the Week Award in 2016; a black man who inspires us all.

Marcus Semien stays busy on the field, playing as a shortstop, second, and third baseman. The Texas Rangers snagged him after the Chicago White Sox drafted him in 2008 and again in 2011. He attended the University of California; fans and fellow players call him Sauce. He ranked third and fourth place in 2019 and 2021 for most runs scored.

Cedric Mullins plays center fielder for the Baltimore Orioles. Originally from North Carolina, he attended Louisburg College and debuted recently in 2018. Mullins is called The Entertainer on the field. He earned second place for the number of stolen bases in both 2021 and 2022.

Aaron Judge is the right fielder for the New York Yankees. He attended California State University and debuted in 2016. Appropriately nicknamed The Judge, Aaron Judge has high stats, earning all-star games and the Rookie of the Year Award in 2017. Judge has countless monthly and weekly awards in addition to hitting 200 home runs in his career.

Tim Anderson plays shortstop for the Chicago White Sox. He was born in 1993 in Tuscaloosa, Alabama, graduating from East Central Community College and debuting in 2016. Anderson earned the 2019 Batting Title and excels in stolen bases and assists.

Matt Kemp was originally the outfielder for the Los Angeles Dodgers, but played for the Colorado Rockies most of his career. His last game was in September of 2020 after playing for 15 years. He earned several Gold Glove awards alongside three all-star game nominations.

Jason Heyward is the right fielder for the Chicago Cubs. He was originally from New Jersey, then attended Henry County High School in Georgia. He goes by The J-Hey Kid and won three Wilson Defensive Player awards in 2014 and 2015 for his contributions on the field.

Black baseball player Billy Hamilton plays for the Miami Marlins, drafted after attending Taylorsville High School in Mississippi. Billy Hamilton is also called B-Ham or Bone, excelling in stolen bases, triples, and defense. As seen in the above video, Hamilton is a threat to be reckoned with for his speed.

J-Up is the outfielder for the Arizona Diamondbacks. He graduated from Great Bridge High School in Virginia. At only nineteen years old, he was one of the youngest African American baseball players to join the MLB. Despite that, Upton has had a total of 325 home runs since beginning his career in 2007.

Springer graduated from the University of Connecticut and debuted in 2014 for the Toronto Blue Jays as an outfielder. He has four seasons where he earned a top 10 spot for home runs scored. Springer excels in various talents on the field, earning him countless Player of the Week awards for his accomplishments.

Lorenzo Cain, aka Crunch Wrap or LoCain, has played as a center fielder for the Milwaukee Brewers and the Kansas City Royals. He attended Tallahassee Community College in Florida and debuted in 2010.

Dee Strange-Gordon works hard to provide for his team, the Washington Nationals, as a second baseman, shortstop, and center fielder. He debuted in 2011 and won the Hutch Award in 2019 for his fighting spirit.

If his last name sounds familiar, you might recognize his brother Nick Gordon who plays for the Minnesota Twins. Tom Gordon, the former pitcher for the Kansas City Royals, is their father.

A-A-Ron or Hicksie plays center fielder for the New York Yankees. He attended Woodrow Wilson High School in California before debuting in 2013 at age 23. Aaron Hicks ranked highly for assists in 2013, 2015, and 2020. Hicks got first place for the highest fielding percentage in 2022.

Khris Davis plays left fielder and designated hitter for various teams, including the Milwaukee Brewers, Oakland Athletics, and Texas Rangers. He was born in California and attended California State University. He started playing in 2013, and his last game was in 2021. Davis earned the Edgar Martinez award in 2018.

Josh Bell plays for the Washington Nationals as the first baseman, starting his baseball career in 2016 and reaching the top ten rankings in 2019 for home runs. In the same year, he won the May monthly and weekly awards. He was born in Texas and completed his high school education at the Jesuit College Preparatory School of Dallas.

Josh Harrison, or J-Hay, is the second and third baseman and outfielder for the Chicago White Sox. He grew up in Cincinnati, Ohio, and attended high school and college in the same state. In 2014 and 2016, he obtained top ten triple rankings. Harrison excels in hits and has a high .315 batting average.

Jarrod Dyson is the centerfielder for the Kansas City Royals, but he has played for the Seattle Mariners, Arizona Diamondbacks, Pittsburgh Pirates, Chicago White Sox, and Toronto Blue Jays. He debuted in 2010, and his last game was in 2021. Dyson was known for his consistent base stealing and ranked high percentages to progress the game to his team’s advantage.

He graduated from Milton High School in Georgia, then began his baseball career in 2008. Daddy Long Legs, or Dex, ranked highly with triples for countless years and scored over 100 runs in 2015.

Mallex Smith served as an outfielder for the Atlanta Braves, Tampa Bay Rays, and Seattle Mariners. He was born in Florida and attended Santa Fe College. He debuted in 2016 and obtained the nickname M Effect from fans and players. Since starting his baseball career, he has had an on-base percentage of .367, ranking in the top ten average.

Chris Archer, aka Flaco Fuerte, is the pitcher for the Minnesota Twins. He attended Clayton High School in North Carolina and then was drafted by the Cleveland Indians. Archer has two all-star games, in 2015 and 2017, earning Pitcher of the Month in 2013. His highest strikeout rate was 4.150, facing over 5,000 batters on the field.

Michael A. Taylor acts as a center fielder for the Kansas City Royals. Originally from Florida, Taylor attended the Westminster Academy and then debuted in the MLB at age 23. He goes by Mikey T. or Miggy. He assists on the field and often steals bases to the other team’s dismay. Taylor ranked in the top ten for fielding percentages, catching high-flying baseballs.

Heading back to the 1950s, we have Henry (Hank) Aaron who was the former right fielder and first baseman for the Milwaukee Braves. His first game was in 1954, and he ended his career in 1976 as one of the best black baseball players.

He was nominated for the MLB Hall of Fame in 1982 and was adoringly nicknamed Hammer or Hammerin’ Hank. Aaron accumulated 25 all-star games and over 20 awards with ridiculously high statistics.

Ernie Banks was the first baseman and shortstop for the Chicago Cubs. Born in Dallas, Texas, Banks became a baseball player in 1953, with his last game in 1971. He was nominated into the MLB Hall of Fame in 1977, nicknamed Mr. Cub. He had two seasons with high batting averages in 1958 and 1959. Banks garnered 14 all-star games and won 11 awards in his lifetime.

Barry Bonds was the left fielder for the San Francisco Giants, debuting in 1986 at 21 years of age, and finishing his baseball career in 2007. He was born in California, then attended Arizona State University.

He never achieved a place in the Hall of Fame. However, he won 27 awards, including All-Star, MVP, Player of the Year, Hank Aaron Award, and Batting Title. Watch the video and see how effortlessly he hits the baseball.

Lou Brock was the left fielder for the St. Louis Cardinals. He passed away in 2020, but will always be remembered. He debuted in the early 1960s and was placed into the MLB Hall of Fame in 1985. Nicknamed the Franchise or the Rocket, Brock had a whopping 15 seasons where he ranked in the top ten for stealing bases.

Ken Griffey Jr. was a former center fielder for the Seattle Marines, beginning his baseball journey in 1989. He entered the MLB Hall of Fame in 2016 with ten gold gloves and eight home run derbies. Griffey excelled in almost every aspect of the sport, hence the nickname The Natural.

Rickey Henderson played left fielder for the Oakland Athletics. He debuted in 1979 and ended in 2003, entering the Hall of Fame in 2009. He was nicknamed the Man of Steel, and with how many bases he stole in his career, he could be called Superman.

Even though we couldn’t address every black baseball player in this article, hopefully you have a better idea of how influential these players were and continue to be in the 21st century.

There are countless other recognizable figures that changed the face of baseball, too– including Reggie Jackson, Willie Mays, Oscar Charleston, and Jackie Robinson. If you love baseball as much as we do, research and find out just how well these historical legends played! 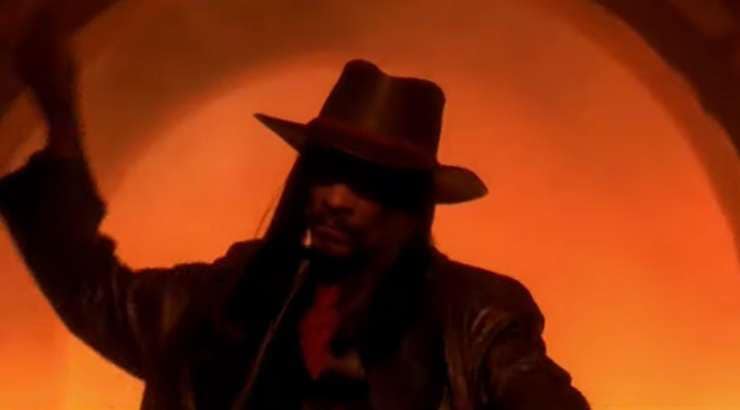 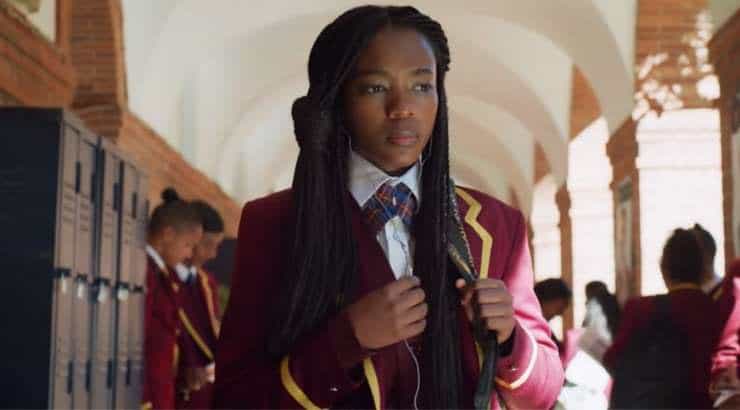 Representation matters. Seeing our brothers and sisters on everyday TV shows is part of that representation. There weren’t many black tv shows when I was growing up, and the ones that were made usually weren’t accessible to most. Thankfully, while there’s still room for improvement, that’s changed a lot. Here are some of the best… 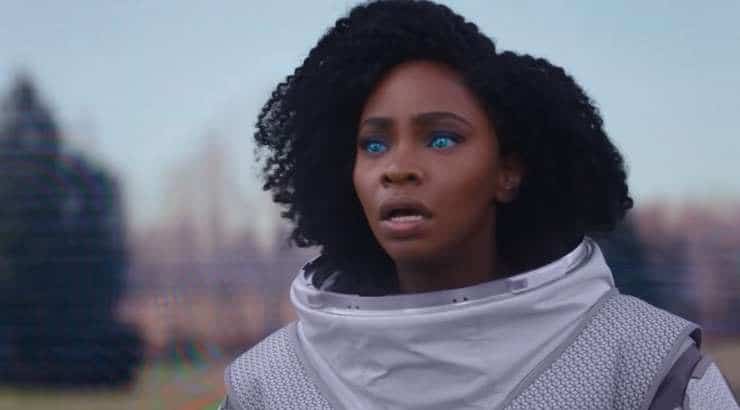 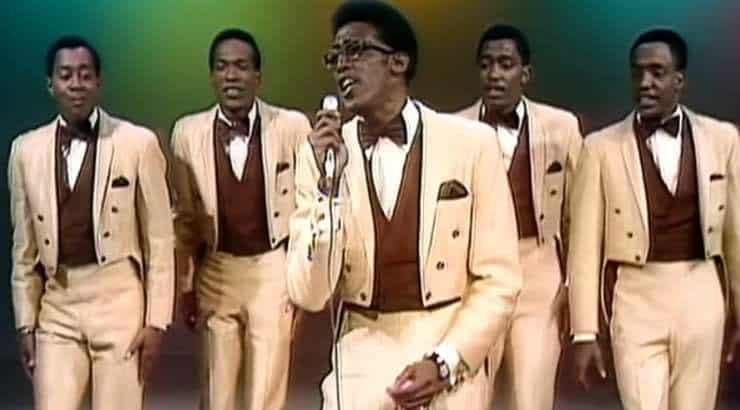 The 1960s make some think of Woodstock and war, but the decade brings up great memories of terrific R&B music with superlative harmonies for others. And sweet dance moves. While the pop and rock charts had hits from the Beatles and Rolling Stones of the world, Motown and other labels brought the world solid music… 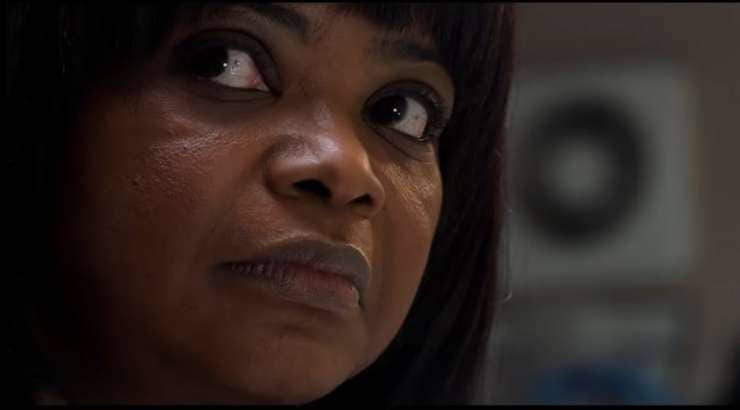 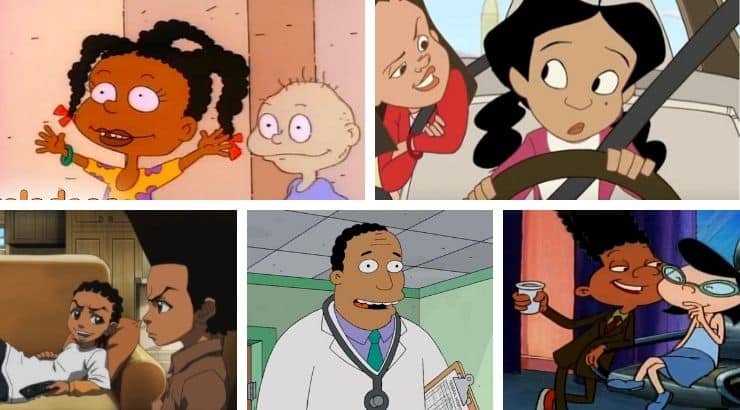